Bill: Would require the Department of Real Estate to administer a certification program for landlords and property managers to provide education on fair practices and tenant rights. Certification would be good for 2 years. Would make those who have not obtained a certification, subject to a specified penalty.

Rental Housing Provider Support: All we have to say is, "Will there be a certification program for tenants?" This bill provides a whole host of issues, primary of which is how it might affect trade associations who offer landlord education and depend on it as a source of income. Additionally, we would expect to see that the Berkeley Rent Board would be the designated provider of this education, causing a whole new host of problems. 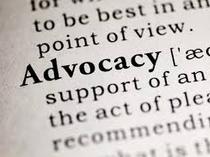 State Senate & Assembly Bills Overview
California has one of the toughest challenges in all the U.S. when it comes to keeping up with housing needs. There is intense pressure being put on our state's resources to meet the demand. The past two legislative years for the Senate & Assembly, year has been loaded with housing proposals. The 2019/20 bill year is turning out to be no different. We are heavily involved in discussions and strategy for shaping these bills and will keep you apprised. Learn more about the California Rental Housing Association and their work to defeat bad policy.

Bill: If you have any familiarity with the Palmer vs. City of Los Angeles case of 2009, you will know how important that case was to rental housing providers. The case stemmed from a Los Angeles landlord who was required to set aside a number of units in his new construction to be offered as "affordable housing." He argued that by doing so, the city was setting his rent which was a direct violation of Costa-Hawkins which says he has the right to set the rent at a number of his choosing. The court agreed. The City of Berkeley managed the ruling by setting mitigation fees in which a developer could decide to build the unit of affordable housing or pay a fee to be able to make it market rate housing.

This bill would clarify that local inclusionary ordinances that require affordable housing unit would not be pre-empted by Costa-Hawkins, in essence wiping out the court decision in the Palmer case.

Status: Passed and signed by Governor on September 29, 2017.

Bill: Would prohibit landlord from refusing to accept payment from a third party of a tenant's rent if the third party does not reside on the premises (e.g. a church fund). It would require a third party provide a signed acknowledgement that acceptance of the rent does not establish a landlord-tenant relationships between the landlord and the third party.

Rental Housing Provider Support: Our initial concern with this bill is about the establishment of a landlord-tenant relationship with the third party. This could be especially damaging in rent control cities like Berkeley. And this is a primary reason why landlords have not taken third-party payments. This legislation could help create guidance that would be important for us and allow the chances of a default of rent payment to go down.

Bill: Would declare the intent of the Legislature to enact legislation relating to just cause evictions of residential tenants across the state. Would require eviction notices to contain a reason as to why the tenant was being evicted.

Rental Housing Provider Support: Although we operate in a "just case" jurisdiction, most rental housing providers know that when just cause eviction protections are in place, it is much more difficult to evict a tenant in certain situations. Although this bill does not enact actual just cause reasons which limits the landlord's ability to evict, the Legislature could follow up with state-wide reasons for eviction such as we have in Berkeley. Naming a reason as to why you are evicting a tenant in a non-just cause jurisdiction opens the landlord up for a legal challenge to the eviction.

Bill: Prohibit retaliation or discrimination of tenant based on immigration status.

Rental Housing Provider Support: Most landlord and real estate groups are neutral. The California Apartment Association is in support.

Status: Passed and signed by the Governor on October 5, 2017.

Bill: Current law requires a tenant to get approval from their landlord for installation of an electric vehicle charging station at a parking spot designated for the tenant. Current exemptions include any rent control property. This bill would remove the exemption and would require landlords to approve the written request of their tenant to install an EV charging station in accordance with specified requirements.

Rental Housing Provider Support: It is unclear as to whom would be responsible for the costs of installing such a charging station. The value of the station could increase the value of the property, but installations are not cheap. We remain uncertain on support at this time.

Bill: Would require an inspection of exterior elevated elements and associated waterproofing elements, including decks and balconies, for buildings with 3 or more multifamily dwelling units by a licensed architect, licensed civil or structural engineer, or an individual certified as a building inspector or building official.

Rental Housing Provider Support: Berkeley is already subject to this proposed law based on it's E3 Balcony & Deck Ordinance which was a result of the tragic Library Gardens balcony collapse. It has proven difficult for owners to be in full compliance with the law because it's been very hard to find contractors that are willing to sign off on such a litigious subject matter. While we support safe housing, we would lobby Legislators to understand the contractor challenges, and act accordingly.

State issues affect how you do business too.

​We will update you regularly on the bills and other California state policies that impact your business. Often times there are opportunities for local rental housing providers to provide "testimony" to state legislators to let them know directly how their decisions impact your business. The Coalition regularly joins other like-minded industry organizations in appealing to our government officials in Sacramento.

Bill: Would change notice period for notice to vacate or cure from 3 days for non-payment of rent, to 10 days. For more serious violations such as criminal activity, the time to cure would go from 3 days to 5 days. For defendants who fail to appear and defend, the bill would impose a 14-day period before the clerk may enter a default judgement and writ of execution.

Rental Housing Provider Support: It goes without saying that these new time periods would only draw out what can already be an extremely delayed eviction. Although it may have been designed to protect tenants from unscrupulous landlords, it only ends up harming those landlords who are doing right by law and legitimately have a problem tenant.

Historical Overview: The Costa-Hawkins Rental Act of 1995 is a state law that permits two very critical items for rental housing providers. First, it limits rent control to units built before 1995 and does not permit rent control for Single Family Homes, condos or anything built after 1995. Secondly, it permits what is called a "vacancy decontrol event." Vacancy decontrol says that when a tenancy ends and a tenant vacates the landlord is permitted to set a rent to one of their choosing. C/H was put into place as a response to the strict rent control of cities like Berkeley and Santa Monica from the late 70s/onward. Prior to Costa-Hawkins implementation, rent control was applied to every rental unit and it never permitted the rent to be raised even when a tenant moved out (this is called "vacancy control.")

Bill: Pro-tenant activists, housing advocates and pro-housing affordability Democrats have banned together to try to take down Costa-Hawkins. Quite a number of politicians used the repeal of C/H as part of their platform during the November 2016 election. In February 2017 an Assembly Bill was introduced by State Assemblymen in Santa Monica and the Bay Area to fully pull back Costa-Hawkins.

Impact: This is the most detrimental bill proposed as it fairs for rental housing providers. It has far reaching implications on all landlords in California. For those of in rent controlled cities it could take us back to the 80s when the strict price controls resulted in 4,000 owners moving back into their rental units. This was a direct result of not being able to afford to stay in business. Low income, seniors, and African American tenants were displaced when these owners moved back in. If history repeats itself, it will be devastating. Not only will it force people out of the business it will squash the production of new rental units in California.